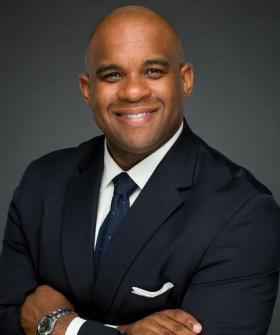 Commissioner Willie L. Phillips was nominated to the Federal Energy Regulatory Commission by President Biden.  He was confirmed to the post by the United States Senate on November 16, 2021.

He most recently served as the Chairman of the Public Service Commission of the District of Columbia, named to that role in 2018. He served on the Commission since 2014. He is an experienced regulatory attorney combining nearly 20 years of legal expertise in public and private practice. He has an extensive background in the areas of public utility regulation, bulk power system reliability, and corporate governance.

Prior to being appointed to the DCPSC, Mr. Phillips served as Assistant General Counsel for the North American Electric Reliability Corporation (NERC), in Washington, D.C. Before joining NERC, he also worked for two law firms, where he advised clients on energy regulatory compliance and policy matters.

Mr. Phillips has also served on the boards of several organizations, including the board of directors for the National Association of Regulatory Utility Commissioners (NARUC) and the Organization of PJM States (OPSI). He also has served as president of the Mid-Atlantic Conference of Regulatory Utility Commissioners (MACRUC), and he has held leadership roles on several advisory councils, including the Electric Power Research Institute (EPRI) Advisory Council.

Mr. Phillips has a Juris Doctor from Howard University School of Law, and a Bachelor of Science from the University of Montevallo. He lives in Washington, D.C., with his wife and two children.

Tweets by https://twitter.com/wlpFERC
View All Tweets