Joseph H. McClelland was appointed the first Director of the Office of Energy Infrastructure Security (OEIS) by Chairman Jon Wellinghoff in September 2012. OEIS is the new FERC office that will provide leadership, expertise and assistance to identify, communicate and seek comprehensive solutions to potential risks to FERC-jurisdictional facilities from cyber attacks and such physical threats as electromagnetic pulses.

Mr. McClelland came to the Commission with more than 20 years of experience in the electric utility industry. He began his career with Allegheny Energy Inc., holding a variety of positions in engineering, marketing, regulation and rates, and project development. Immediately prior to joining the Commission, Mr. McClelland was the General Manager of the Custer Public Power District in Broken Bow, Nebraska. Joe holds a Bachelor of Science degree in Electrical Engineering from Pennsylvania State University.

Mr. McClelland lives in Chambersburg, PA with his wife and sons and commutes to Washington, D.C., every day. 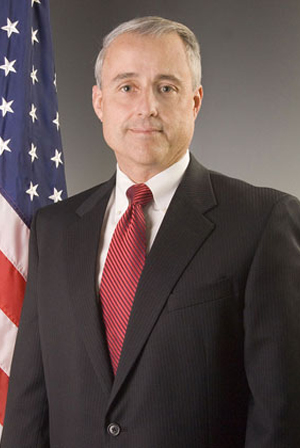